Long Beach State Masters provides high quality coaching and structured workouts so you can meet and exceed your fitness or competitive expectations.

Shana Welch joins Long Beach State Masters with over 25+ years of swimming and water polo experience. She began competitive swimming at the age of 5 and water polo at the age of 12.  A native of Larksville, PA, Welch achieved All-America recognition from the National Swim Coaches Association in both the 50-yard and 100-yard freestyle events while a student at Wyoming Valley West High School.  Her 14 years of competitive swimming experience helped her to become a four-time conference swimmer of the year and she recieved 15 PIAA District II swimming medals. An All-American swimmer and water polo player in high school Shana still holds many high school records.  Shana went on to play Division I water polo at the University of Michigan.  Welch is one of the most honored players in Michigan water polo history, she was named to the (AWPCA) All-America team on three occasions and was a three-time (CWPA) Western Division MVP. She served as captain of the Wolverines in her junior and senior seasons and was the recipient of the Bob Ufer Senior Athlete Award in 2007. Welch was tabbed the CWPA Rookie of the Year in 2005 and was a USA Speedo Top 40 in 2005 and 2006.  After earning a Bachelor of Arts in sociology from Michigan in 2007, Welch played professional water polo for the UWA Perth Comets in Australia and N.E. Patras in Greece for several years.

She began her coaching career as a strength and conditioning intern at Michigan in 2008 before accepting the Men’s and Women’s Assistant coaching position at Bucknell University in Lewisburg, PA.  Following her time at Bucknell, Shana joined the Crimson staff at Harvard University as the Men’s and Women’s Water Polo Assistant. Shana has served as the Long Beach State Women’s Water Polo Assistant since 2014 and was inducted into the Collegiate Water Polo Association Hall of Fame in 2016.

Shana has been active in Masters Swimming since 2007 and she is currently attending Concordia University for a Master of Arts in Coaching and Athletic Administration.

Kaia Hedlund has been with the Long Beach State Masters swimming program since 2001. She began competitively swimming when she was 8 and continued all the way through college where she was the USC women's swim team captain. While at USC, Kaia earned her B.A in Physical Education/Recreation and later earned her M.S in Physical Education/Sport Management at Cal State Fullerton in 1986. Kaia began her coaching career in 1978 at USC as the assistant coach for the women's swim team. In 1979 she took the head coaching position for the Los Alamitos Aquatic Association, and then went on to hold the position as the head coach for UCI women's swim team from 1980-84. In addition to her UCI coaching position, Kaia also began the UCI Masters swim program in Irvine California, where she served as the head coach from 1982-1984.

Outside of coaching, Kaia has been very involved in the aquatic industry. In 2004, she was Executive Director of the Long Beach Aquatics Festival and oversaw all aspects of the 2004 U.S Olympic trails.  Kaia is currently the president and race director for the Waikiki Roughwater Swim Committee, Inc, as well as the director for Swim with Mike, an organization that raises scholarships funds for physically challenged athletes, and president of Kaico Sports. Kaia is very well known in the swimming world, and brings a wealth of knowledge and experience to LBSM.

Elissa Seitz, comes to Long Beach State Masters from a long background in swimming. Originally from Palm Desert, CA.  Elissa swam competitively for Piranha Swim team. In 2004, Elissa moved to Orange County to attend college at Vanguard University and a few years later began a career in coaching. She started out as a pre-competitive coach/ swim instructor teaching 3-6 months babies to adults how to swim efficiently, concentrating on proper stroke technique. Throughout her coaching career Elissa has transitioned through many different levels of swimming and is currently coaching several different level groups on a competitive age group team in Orange County.

Tony Gale, is a Southern California native and currently resides in Los Alamitos. He grew up Palos Verdes were he swam and played water polo with the Rolling Hills Titan. Tony attended the University of Southern California and received his undergraduate degree in Architecture, then went on to Loyola Marymount and received his graduate degree in Business.

Tony is now currently a licensed architect and works for Kaiser Permanente as a Sr. Manager for Capital Projects. Tony has over 20 years of experience swimming with masters, and has been coaching with Long Beach State Masters since 2008 and continues to enjoy the challenge of motivating swimmers at 5:30am. 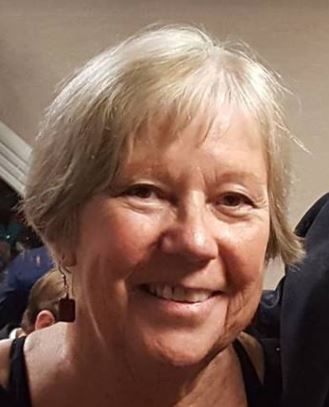 Lucy Johnson, has a rich background in competitive swimming and is an Olympic Trials qualifier.  She has extensive coaching experience as a swim coach at Kennedy High School, UC Irvine, Long Beach Swim Club (Masters), and Long Beach State Masters.  Outside of swimming, she was former Vice President in the Commercial Banking Department at Security Pacific National Bank; worked in residential real estate sales with Coldwell Banker, and was an Administrative Analyst in the Fiscal Division of the Long Beach Police Department.  Lucy is now retired and devoting her time as a member of the Long Beach Century Club, is Vice President of Aquatic Capital of America, and works with Rebuild Belmont Plaza Olympic Pool.